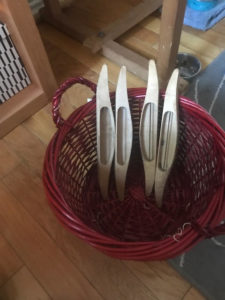 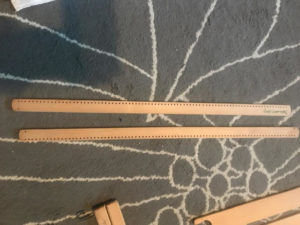 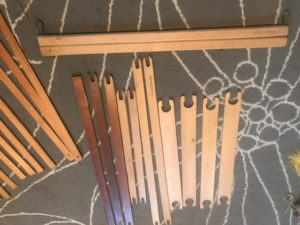 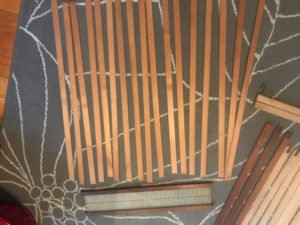 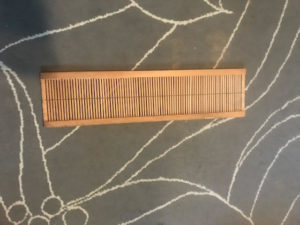 I am from Norway and brought a loom with me when I moved here. It is a Scandinavian loom called “Monica Vev”. It has been in storage ever since I arrived in 1986, so certainly not worn. I never had a chance to pick it up again, life got to busy, and I had forgotten most of the procedures. Getting older, life calmed down, and I would have loved to start up again. But when I studied it on Internet to catch up, I realized my train had left…. I have unfortunately been attacked by bad arthritis as years went by, and it also took over my hands and fingers. So all the loops that needs to be done preparing for a project will be impossible for me to do. Therefore I would like to sell my loom. It is not a big one, but actually a table top loom, but I have the base for it, so it is very handy that way. Of course then it is not a pedal one, but it has 4 shafts. I will advertise it where I can, but thought I would contact your organization to see if anyone would like to buy my loom as a starter loom. All the parts and gadgets pictured comes with it.

I would like to have $450 for the loom and all the extras. I live close to Houston, in The Woodlands.
Lill Futrell
[email protected]

If you forget your password, click here to request a reset and you will receive an email with a link to create a new one.  The web weaver does not have access to your password.

General Meeting on Saturday, November 21,
at 10 am via Zoom!
See your November newsletter for the link.

“SWATCH SWAP Then and Now
Making and Taking. Make it Your Own.”
Stay safe.  Wash your hands.

Click here for info on Juried Show at HCCC

Map to The Guild House

Click Here to read how to avoid the Train