Ninety guests turned out on February 22, 2015 for the Contemporary Handweavers of Houston’s 65th anniversary party at Kris Bistro Norte. Members arrived at 4:30 and checked in with Susan Antrican and were directed to the media lounge where hors d’oeuvres and beverages were served.

A slide show entertained the crowd. DeeDee put together the presentation of members past and present! It was amusing to see members in their younger days!

As guest arrived in the dining room at 5:30, party coordinator, Tracy Kaestner welcomed everyone with details about the event and how it came to be. Current CHH president, Diane Ferguson, stood and made a toast to CHH and 65 years.

During dinner everyone was invited to participate in a raffle, one ticket came with the dinner, extra tickets were sold until the actual raffle began. Eight items were donated. Two handmade art calendars and a handwoven shuttle holder, all three from the estate of Joan Houston. Two items donated by Tracy; a set of handwoven Turkish towels and a linen runner from Vaxbo in Sweden. A hand dyed, hand woven shawl was donated by DeeDee. Happy recipients rushed to claim their prize as their lucky numbers were drawn.

Before dessert Mary Welch took the floor to recognize our life members. A Life Member is nominated by their peers in recognition of service to the guild. Our life members who are gone but not forgotten are: Wendell H. Teegarden*founding member, Helen Bourgeois, Margaret Sheppard* founding member, Martha Morse, Ruth Pierce and Tilly Marchwinski.

The life members joining us at the anniversary party are Diane Ferguson, Rosemary Malbin, Tracy Kaestner, Donna Rae Harris, DeeDee Woodbury, and one who could not make if in from out of town, Kate Weinheimer. The Life Members were presented with a very lovely memento. A drawing of our new Guild House on Commerce, rendered by architect, Ernest Maldanado.

As dessert was served the other party coordinator, DeeDee Woodbury, closed with remarks about the history of the guild. Rather than bring the scrapbooks DeeDee created little decks of cards called conversation cards. These had question and answer trivia about CHH history.

Tracy and DeeDee thank everyone who made this party a success, Susan Antrican, who mailed the invitations out and kept track of those who rsvp, she made the nametags as well greeting each guest. Mary Welch made the CHH Life Member recognition very special by having her husband create the gift for each one. And last but not least, Peggy Friedrichs who decorated our lounge and dinner tables with fresh flowers embellished with felt! Guests at each table rolled a dice and the highest number got to take a pretty floral arrangement home.

Everyone who attended agrees, it was a fabulous celebration! Cheers to 65 years – The best is yet to come.

More Photos in the Slideshow below: 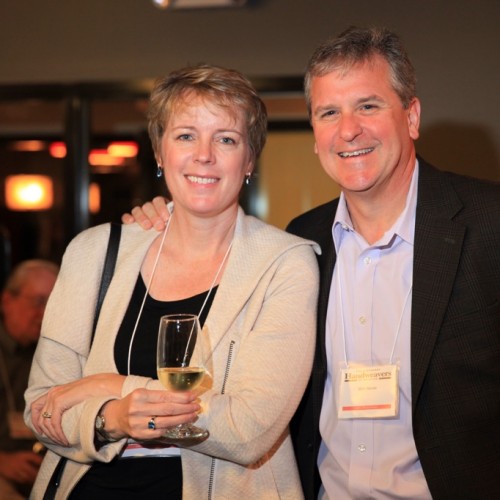 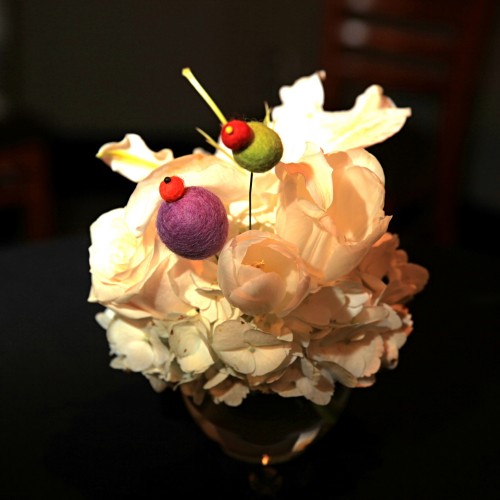 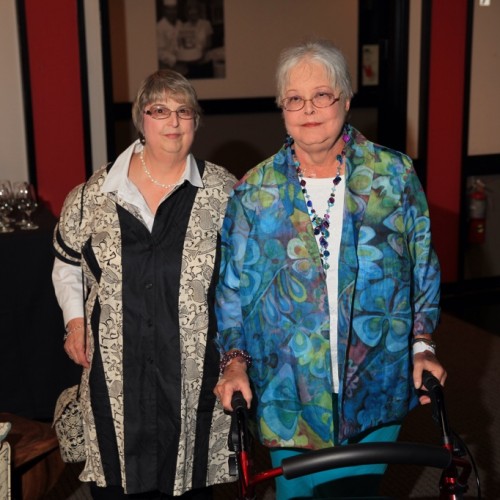 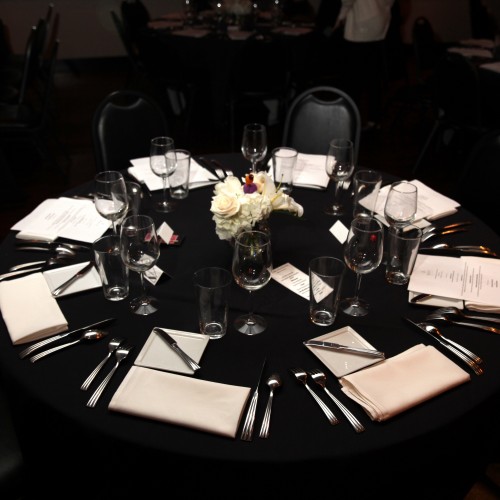 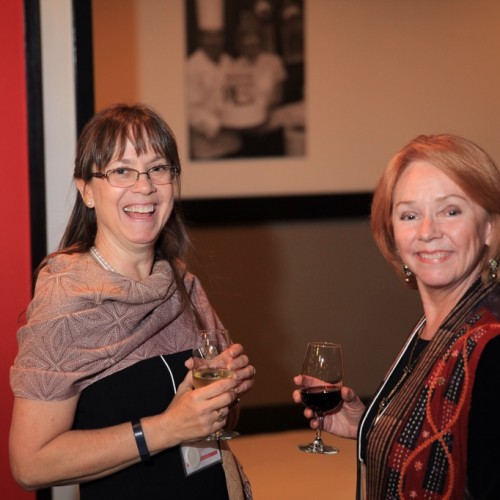 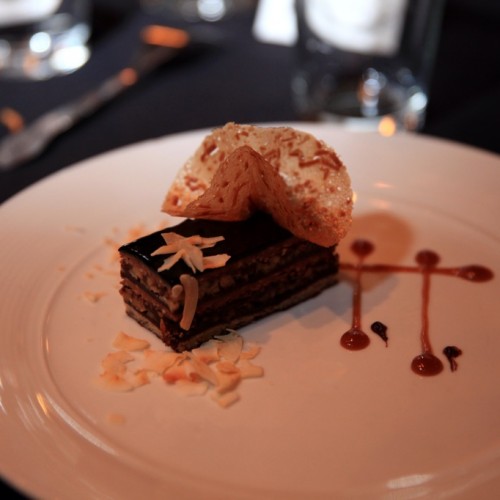 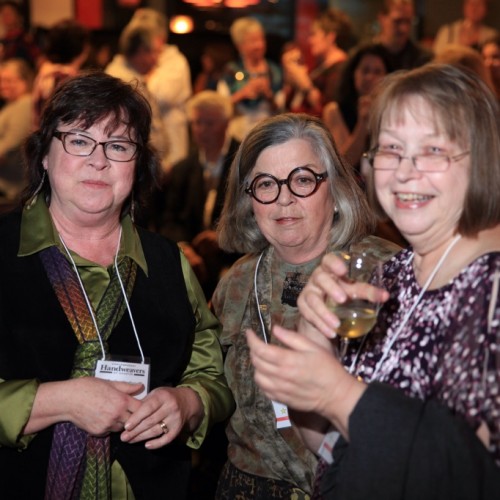 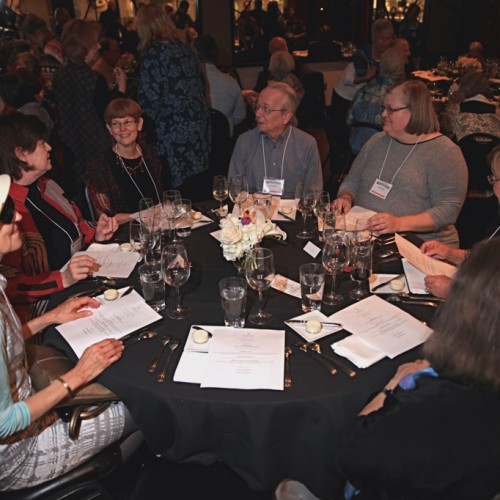 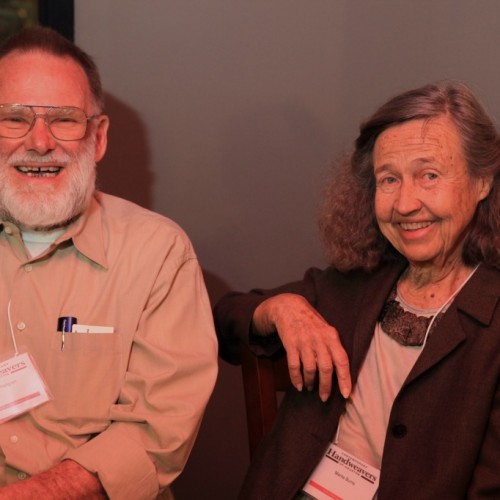 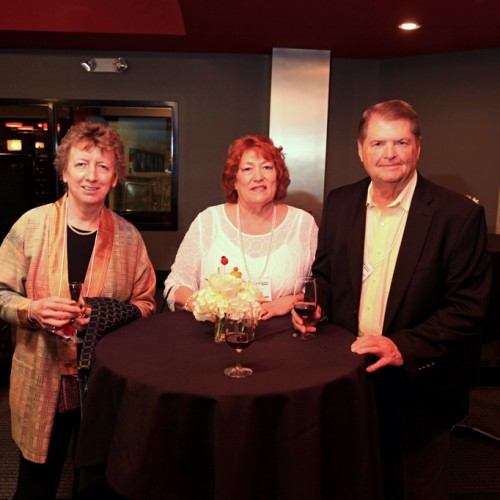 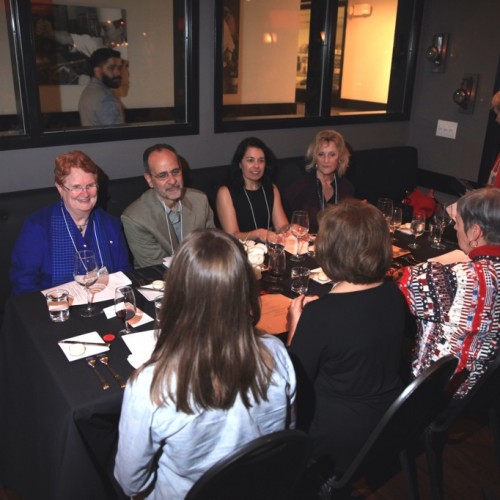 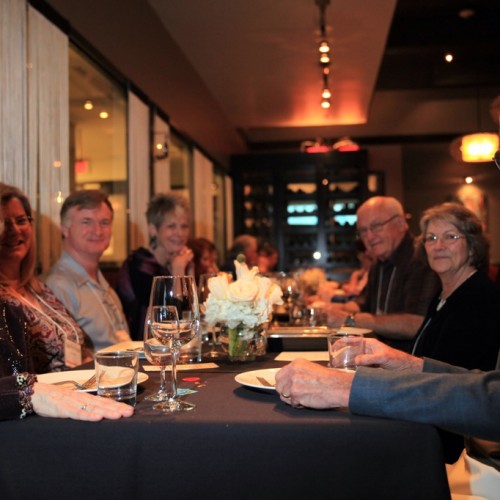 Thanks to Tracy, DeeDee and Diane for photos.

If you forget your password, click here to request a reset and you will receive an email with a link to create a new one.  The web weaver does not have access to your password.

Join us for a Zoom discussion on organic cotton agriculture, nuts and bolts, trials and tribulations, water wars, and farm to market.  Let’s find out how we can best access and use our Texas product!  See your January newsletter for Zoom Link.

Click here for info on Juried Show at HCCC

Map to The Guild House

Click Here to read how to avoid the Train