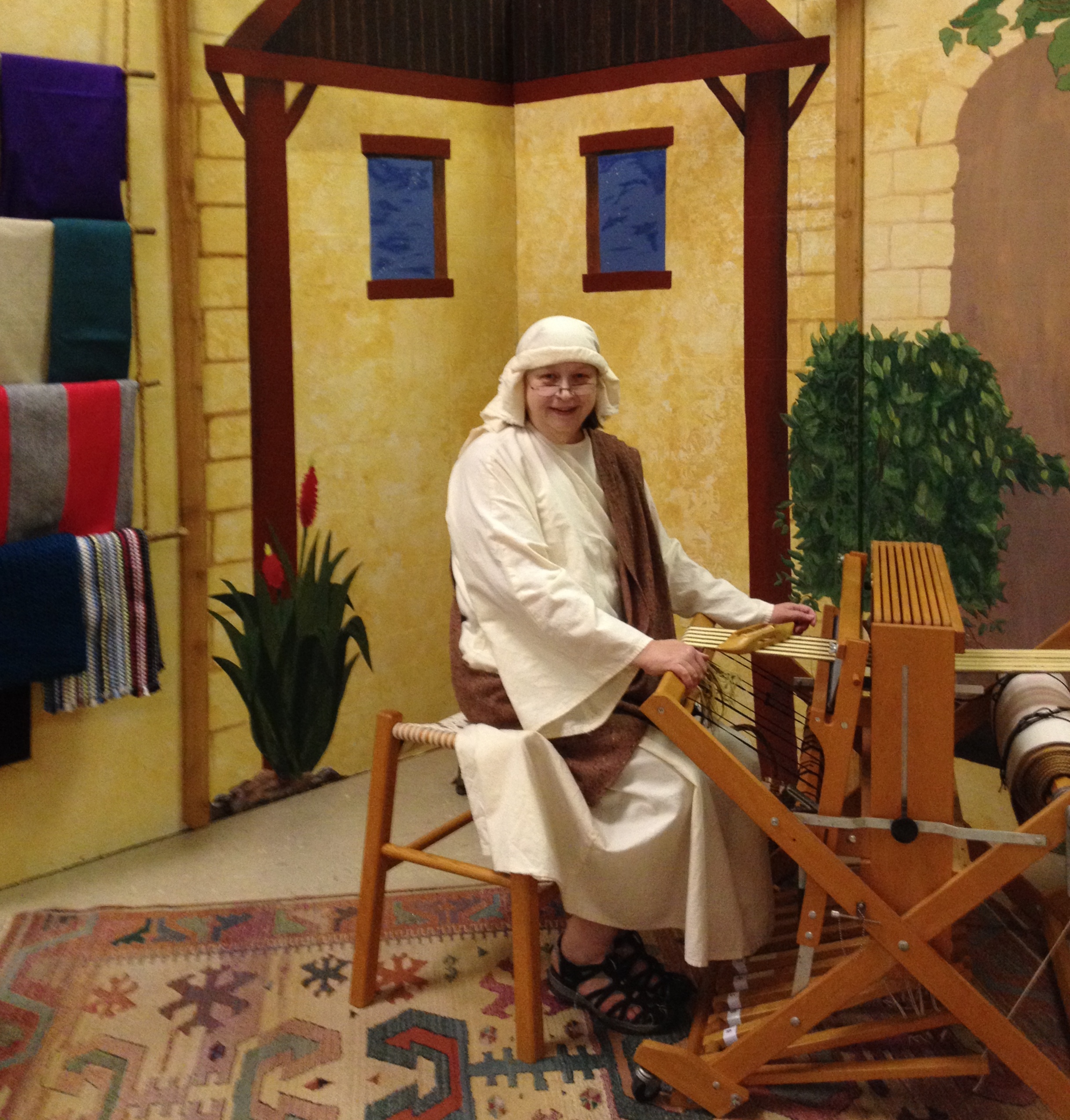 Education is one component of our guild mission statement. We try to accommodate all requests as long as we have willing members. At the risk of discouraging all future volunteers [big grin], I am posting a photo of myself in costume – weaving for the Bellaire Methodist Church Bethlehem Village.   It’s quite an organized event since they have been doing the live nativity event annually for several years.

The sets are placed around their facility and church members acting as shepherds bring groups of attendees through the “village” following a loosely written script.  Other visits on the tour include a baker, the market place, the well, and a potter.  In the past, Janie Fitzgerald and Fern Handler have been the spinner and weaver for the village.  This year because of health issues, they asked for someone to fill in for them.  Costumes were provided; all I had to do was bring my loom and bench.  I was given an apprentice and Lily and I spent a nice evening chatting between groups.  She even learned to weave – putting about an inch on the satin and plain weave striped sample.

I’ll be weaving at the Bethlehem village again this evening from 6 to 8.  You’re all welcome! I hope my next apprentice is as helpful and interested as Lily.

This is the same warp I’ll be using to teach at the Round Robin Workshop on January 31 and on February 1 at the new Guild House.  Never warp a loom for just one purpose!