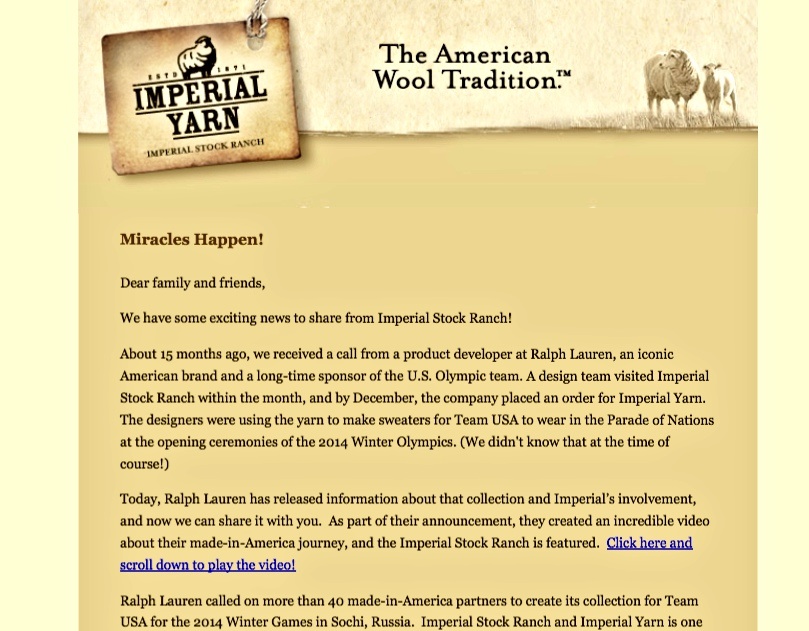 We have some exciting news to share from Imperial Stock Ranch!

About 15 months ago, we received a call from a product developer at Ralph Lauren, an iconic American brand and a long-time sponsor of the U.S. Olympic team. A design team visited Imperial Stock Ranch within the month, and by December, the company placed an order for Imperial Yarn. The designers were using the yarn to make sweaters for Team USA to wear in the Parade of Nations at the opening ceremonies of the 2014 Winter Olympics. (We didn’t know that at the time of course!)

Today, Ralph Lauren has released information about that collection and Imperial’s involvement, and now we can share it with you. As part of their announcement, they created an incredible video about their made-in-America journey, and the Imperial Stock Ranch is featured. Click here and scroll down to play the Ralph Lauren Video!
….