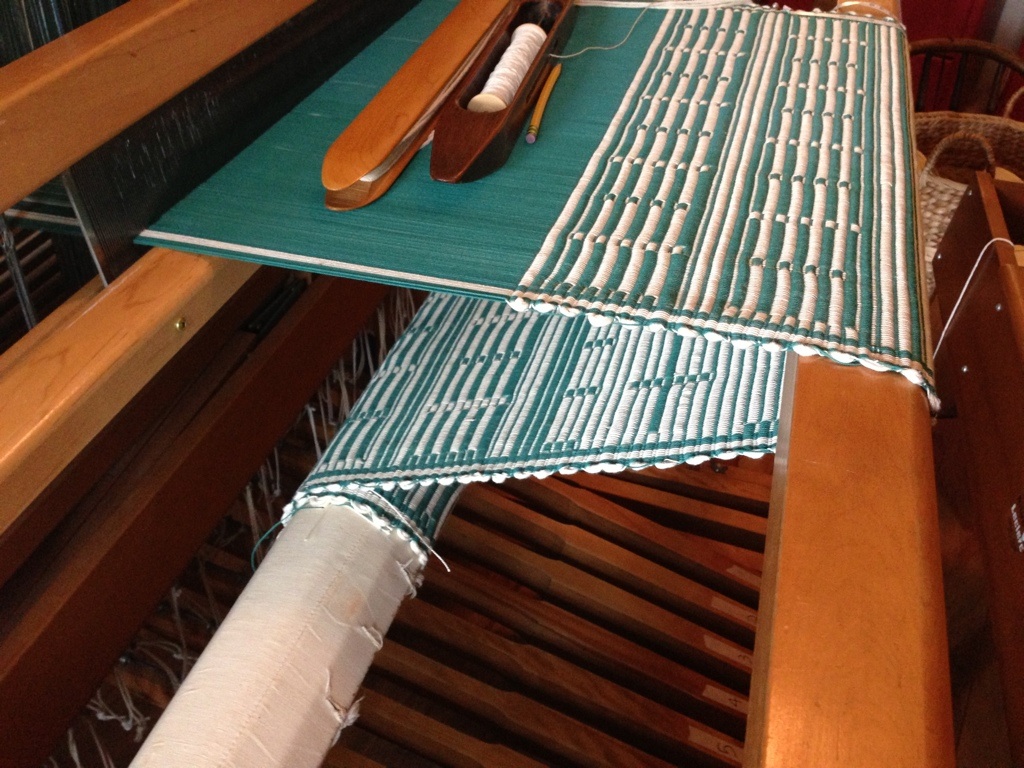 For 40 years I’ve wanted to weave rugs. 35 years ago I bought a tabletop rigid-heddle loom, a friend gave me an inkle loom, and I built a Navajo loom. I began learning the principles of weaving, and began spinning, using both a wheel and spindle. I also made crocheted rag rugs.

The Navajo loom lasted until my first-born tried to play it like a harp. Over the next 30 years and 6 children later I was still limited to a tabletop loom.

In the meantime I had taken a few of the older children to a handmade rug exhibit at a local art alliance. Among the beautiful rugs was a very small sample of warp-faced weave, later identified as rep weave. I was enchanted.

I planned a rep weave project but had no loom for it, and no experience in warping a large loom.

After more years, Dee Dee Woodbury offered to barter a weaving class for a knitted lace scarf. At last I could get some experience with a larger loom. After a rep weave sample project, Sharon Haley offered me a Leclerc Nilart 12-harness loom. I cleaned and polished the parts and reassembled it.

Over the summer I completed my first rug project, weaving three rep-weave rugs for my kitchen. I am so grateful to Dee Dee and Sharon!