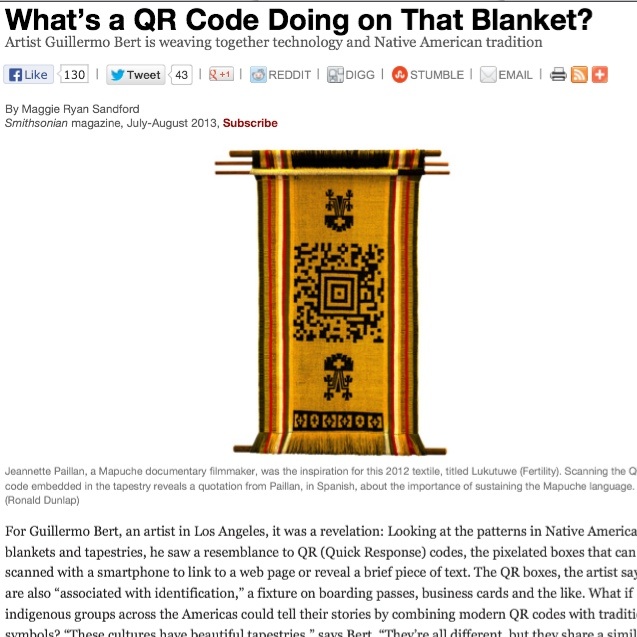 The July-August issue of Smithsonian magazine has an article entitled “Talking Code” about an upcoming exhibit called, “Encoded Textiles.” The project is the work of Chilean artist Guillermo Bert. Looking at some Native American blankets he noticed patterns that seemed to him to resemble QR (Quick Response) codes that appear everywhere now so our smartphones can scan for additional information. Bert then spoke with members of indigenous tribes collectively known as Mapuche in his native Chile and then “translated telling quotes from their stories into individual QR code.” Next he worked with traditional weaver Anita Pallimil to create weavings that included the code and Mapuche symbols. I hope the textiles will be on view in a gallery or museum near Houston. Maybe there will be a good exhibition catalogue.