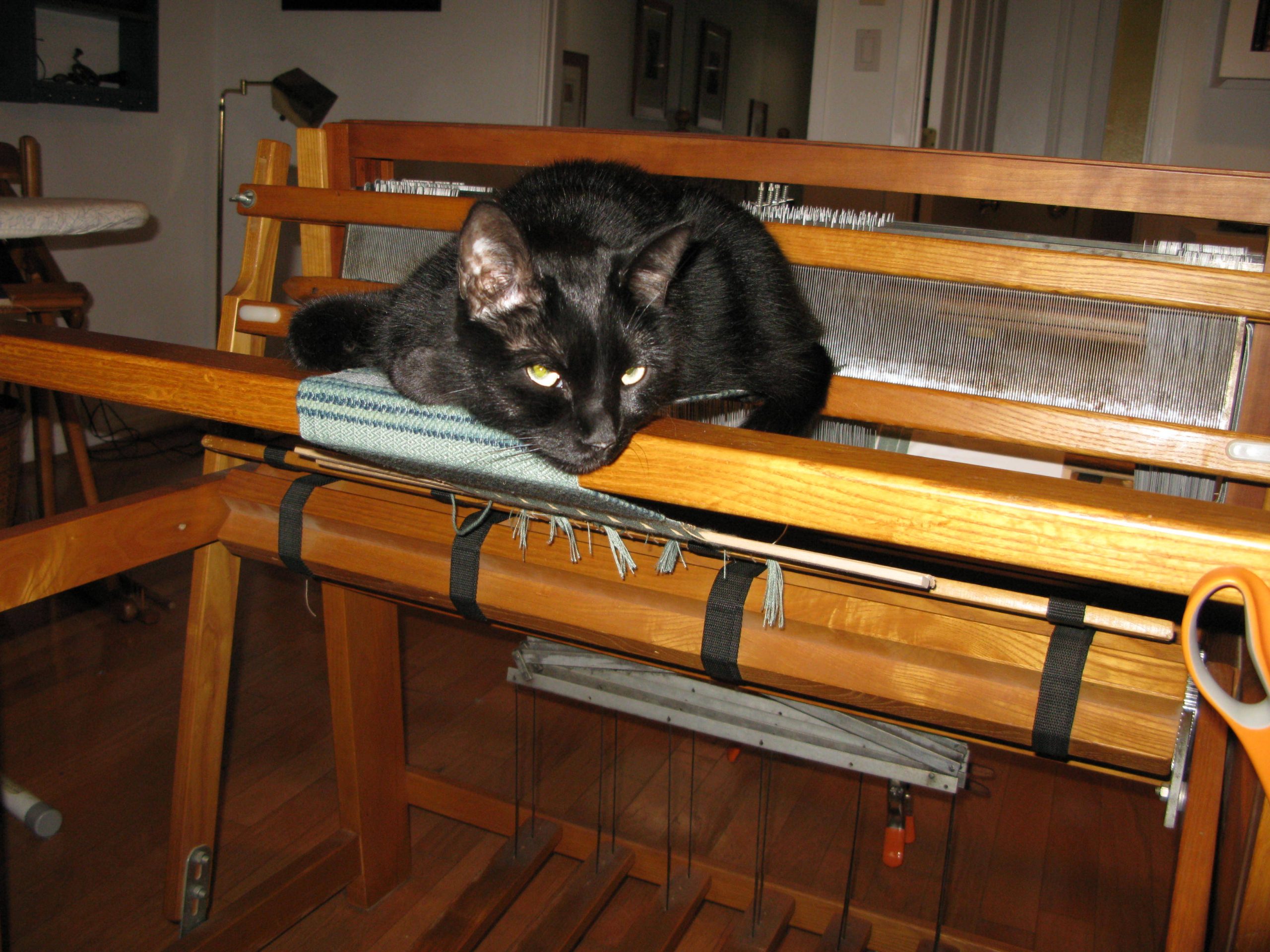 Warping is not one of my favorite things to do. There’s that nagging uneasiness the whole time as to whether you have the right number of threads, and are they the right length, and so on, that pervades the process. Plus there’s the back ache, both during the process and after you finally get done.

I have found a process that makes warping easier for me, although it’s still not one of my favorite things.

I warp back to front, although I used to do front to back, but I’ve found that winding on is a lot easier this way, plus you can do it by yourself. For a long time I tied the lease sticks with the cross up behind the heddles, but there was always some problem getting them straight, and then tying them back enough from the heddles so that you could see the cross. I could do it, but I always wished there was something better.

My loom has a removable front beam, so I could get in fairly close, and I sat on a small stool close to the ground. Still, the pedals were in the way, although I could release them to the floor, but I scratched the floor once when I moved the loom, so I had to remember to put a rug under it. It seemed like there was always something.

Laura Viada showed me her system using helper sticks – I think that’s what she called them. Just two long sticks that ran from the front to the back beam and she uses them to support things while she’s warping. I tried it, and at least everything was even and stationary, but it still meant bending over and trying to see the cross through the harnesses.

I’ve finally found a better way though, using helper sticks, but also some clamps and rubber bands, and warping is a whole lot easier.

You can see in the photo that I use the clamps to elevate the back of the helper sticks to bring them up to the level I need to easily thread the heddles. I just use rubber bands to hold everything together. The heddles are also lifted by having another stick holding the pedals down.

I can now put a chair inside the front of the loom and not have to bend over much to thread the heddles. My back certainly appreciates it.

Now my biggest problem is that once I get the loom warped someone thinks it’s a perfectly wonderful cat hammock. Go play with your toys Scout!