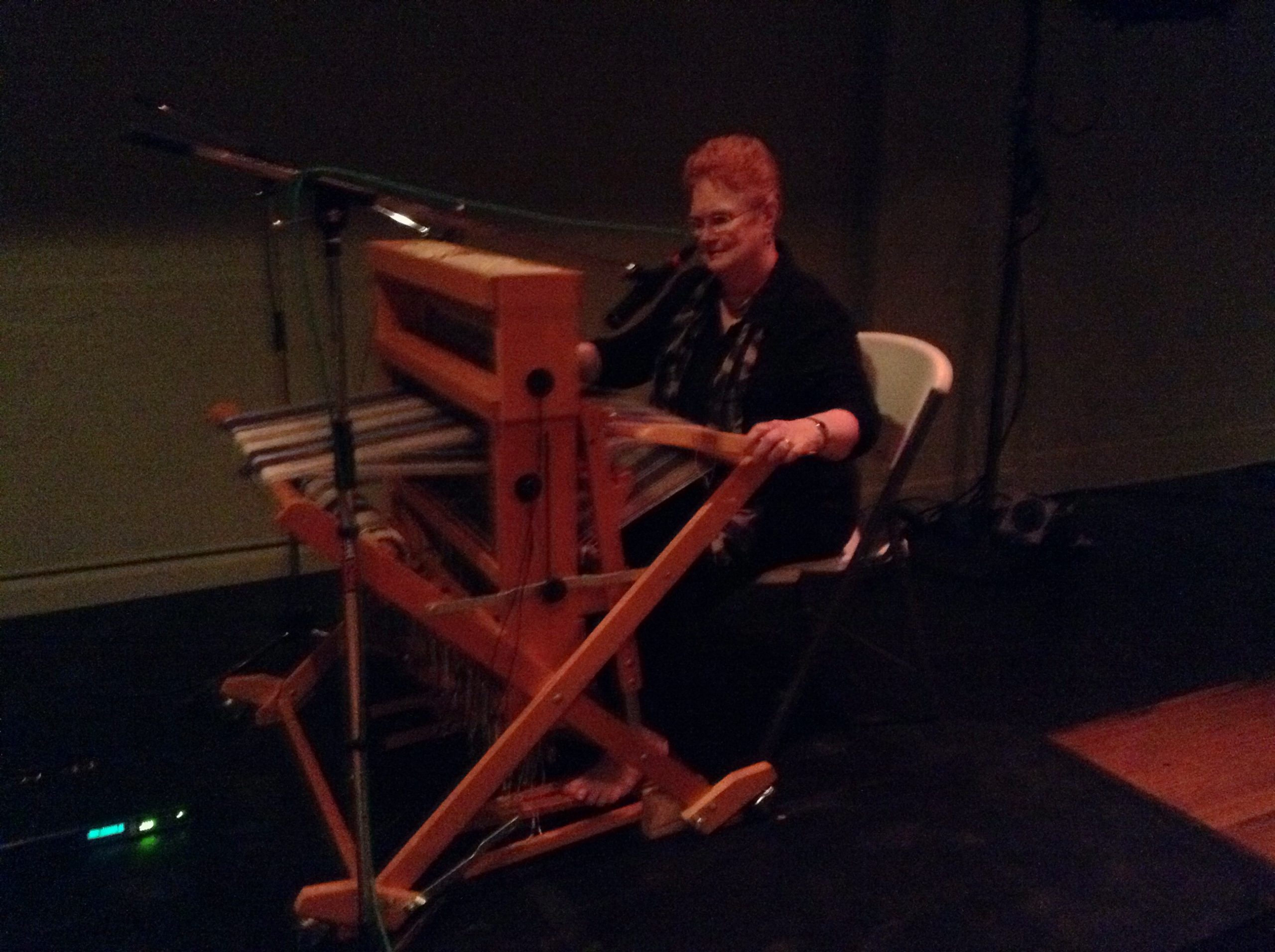 In April, 2014 three weavers from Texas, Mary Welch in Houston, Casey Galloway in Austin, and Karen Crenshaw in Marfa wove on their looms as part of a performance piece called “Rerememberer” which was created by New York performance and installation artist Suzanne Bocanegra. The performances were part of CounterCurrent 2014 sponsored by the Cynthia Woods Mitchell Center for the Arts at the University of Houston, the Fusebox Festival in Austin, and the Marfa Live Arts organization in Marfa.

Mary Weaving in the dark during the performance

Each loom was amplified so that during the performance the sound of weaving – tromp, throw, beat – established and maintained the rhythm of the piece. Danish accordion player Frode Anderson responded to the loom and improvised sounds to accompany it and a string section of fifty untrained violinist were directed by Todd Reynolds to pluck, strum or thump versions of the weaving pattern. Danish electroacoustic composer Ejnar Kanding used a computer to direct the sounds for the hour long piece.

Mary’s loom being wired for sound

The idea for the piece came to Bocanegra when she found an historic Danish peasant textile woven in a three shaft structure called olmerdug. Traditionally it was woven with a cotton or linen warp and singles wool weft. She learned to weave it and soon recognized a connection between a weaving draft and a music score. This was the beginning of “Rerememberer.” According to Bocanegra, “The proportions of the thread count and the numerical ordering of the loom tie-up for the weaving pattern serve as the score and scenario for the installation. The weaving, the music, the lighting and the placement in space are all derived from the patterns of the original weaving.”

Mary and Suzanne Bocanegra before the performance

In January 2009, the piece was performed at Judson Memorial Church in New York City and Gail Gondek was the weaver. The piece was also performed in Copenhagen.